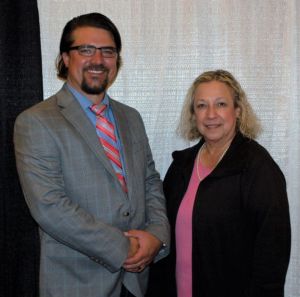 The National Center for Autonomous Technologies (NCAT)—recently funded with a grant (#1902574) from the National Science Foundation’s Advanced Technological Education (NSF ATE) program—will prepare technicians for careers working on unmanned vehicles that operate on land, sea, or air. The new center’s multi-disciplinary approach will encompass the array of emerging technologies utilized by autonomous vehicles from their composite-material structures to their geospatial-informed navigation systems.

The center’s staff at Northland Community and Technical College in Thief River Falls, Minnesota, will also leverage industry activity in the Red River Valley and the assets at Northland’s aerospace site, the Minnesota State Transportation Center for Excellence, St. Cloud State University, and the University of North Dakota. The university operates the Northern Plains UAS Test Site, one of six Federal Aviation Administration test sites for unmanned aircraft systems (UAS) that are also known as drones.

These cross-discipline and cross-state-boundary collaborations add another dimension to the center’s goal of preparing technicians to work with the convergence of technologies that are integral to airborne drones, remotely operated underwater vehicles, and autonomous automobiles.

The quiet, youthful Beck could easily be mistaken for a traditional-college-age student. He is, however, a seasoned UAS professional. His interest in UAS dates to 2003 when a shipment of drones arrived at an Army base on the Kuwait-Iraq border where he was serving as an air traffic controller with the Minnesota National Guard. He didn’t know anything about the technology, but his questions to an officer led to him receiving UAS training and being assigned to the Minnesota Guard’s first UAS unit in 2005.

Long before most people, Beck and his colleagues at Northland saw the potential for drones beyond their military uses. The Northland team succeeded in obtaining Department of Labor grants that enhanced the college’s UAS equipment, but its first two applications to the ATE program were center proposals that were declined by NSF in 2012 and 2013.

The successful execution of that grant led to a second ATE grant for the Unmanned Aircraft Systems and Geospatial Information Technology Integration into Technician Education (#1700615) project.

Beck describes these initiatives as overlapping efforts to bring the advances made in aerospace technology over the past few decades into the core skills education of UAS technicians.

One of the many objectives the team accomplished was developing the UAS Maintenance certificate program. Designed for individuals who have earned associate degrees already, this program covers the advanced electronics of drones’ communication and navigation systems, the advanced materials of drones’ composite structures, the IT fundamentals used on the aircraft and to control them from the ground, and FAA licensure for operating drones in the national airspace. The team has also developed a curriculum for geospatial intelligence specialist.

Beck described the goals of the new $7 million NCAT Center during an interview at the HI-TEC Conference in St. Louis as building on the team’s previous federal and regional initiatives to

Beck credits the new center’s “systems of systems” approach for autonomous vehicle technicians to what he and other team members have learned from the ATE community beginning with Mentor-Connect.

He applied for Mentor-Connect mentoring in 2013 at the urging of Carey Castle, then a vice president at Northland who had worked with the Center for Aviation and Automotive Technological Education Using Virtual E-Schools (CA2VES). There Castle had met Elaine Craft, the principal investigator of Mentor-Connect and a co-principal investigator of CA2VES. Mentor-Connect is an ATE project that provides one-on-one mentoring from experienced ATE principal investigators to help community college faculty shape their ideas for technician education improvements into competitive ATE grant proposals. The American Association of Community Colleges is a partner on Mentor-Connect, which is led by the South Carolina Advanced Technological Education Center at Florence-Darlington Technical College.

Since being designated as Northland’s mentor in 2014 Mel Cossette, principal investigator of National Resource Center for Materials Technology Education (MatEdU), has advised the team and facilitated connections to the leaders of other ATE centers including the National Resource Center for Aerospace Technician Education (SpaceTEC), the National Geospatial Technology Center of Excellence (GeoTech Center), CA2VES, the Minnesota State Advanced Manufacturing Center of Excellence (formerly known as 360), and the Center for Nanotechnology Education (Nano-Link), and ATE projects at Sinclair Community College and Atlantic Cape Community College.

Beck said, “She was instrumental in helping to guide us based on where we were going, what we were trying to accomplish, who good contacts would be for some of the core areas that we were trying to shape and grow through our small project, our large project, and ultimately the center. And without that guidance of those key points of contact as we formed our network, I don’t think we would have been successful on getting to where we are at with the ATE program. I think it is because of that constant mentoring, making sure our ideas were aligned to the program, and helping us identify those right resources that were already out there. That’s what’s allowed us to be so successful in such a short period of time.”

For her part Cossette says Beck and his colleagues are “a very focused team” who have the strong support of Northland’s administration and significant industry partnerships with Northrop Grumman Corporation and other companies at the Grand Sky Unmanned Aerial Systems (UAS) Business and Aviation Park near Grand Forks, North Dakota.  “The team is like a well-oiled machine. It’s just easy to work with them.”